The Flipside of Cancel Culture 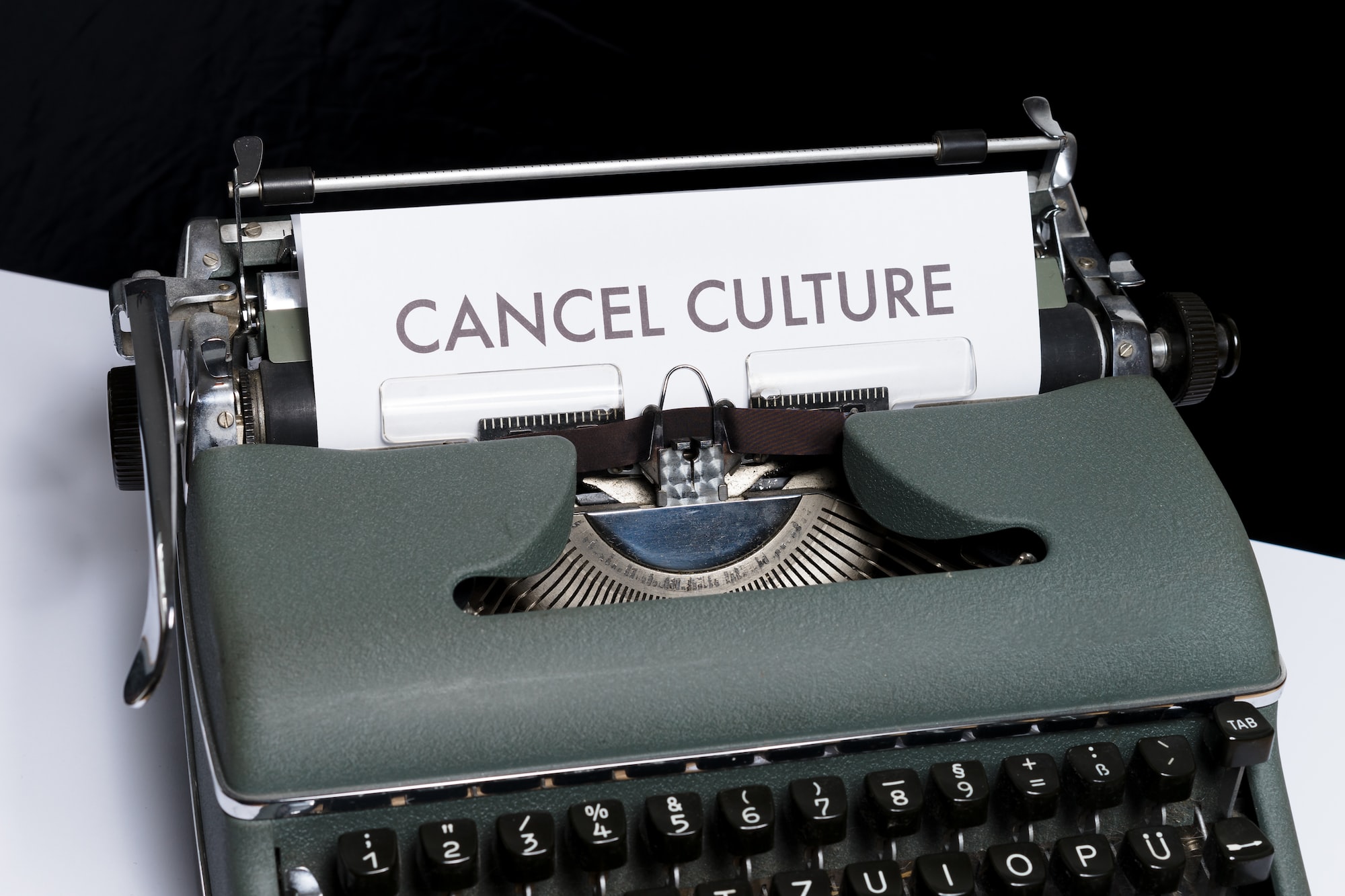 Lately, as part of my resolve to unlearn and relearn lots of things that have proven to be stymie, I have pushed  and have had some deep thoughts and conversations with myself. Did I tell I even had some short funny thoughts about the Benin craze and took it to my dream? Wait! Are you laughing, I am Serio… *lights go off*.

Just recently, I came across a tweet that likened cancelled culture to mob justice and after, I could not stop thinking of how this widely practiced culture may be doing more harm than good.

I first heard of cancel culture about two years ago when the allegations of several sexual misconducts against the singer R.Kelly had reached its pinnacle -it piqued my interest. The hashtag #muteRKelly trended several days on various social media platforms. The petition that followed sought to scrub him of all recent cultural relevance. Notable among them was Spotify removing him from its playlists, ‘To sing an R. Kelly song now is almost taboo’

Other instances of cancel culture on celebrities whose crimes have encompassed allegations of rape and sexual assault became impossible to ignore, like Harvey Weinstein, Bill Cosby, and Kevin Spacey, who have effectively been cancelled.

While celebrities, successful artists, and other influential people can survive a cancellation (or even seek one out as a means of drumming up publicity), the rest of us are trapped in an ever more disturbed shadowing state which will be fuelled by the disappearance of our most essential resource: Trust. In addition, I must state that even though some of these people were declared guilty by a competent court of jurisdiction, there still exist many people who have been unfairly sentenced by the self-constituted court of public opinion

For those who may not know with what cancel culture is, it is a trend of communal calls (usually on social media) to boycott a celebrity (or anyone) whose offensive behaviour is perceived to have gone too far. Simply put, the ‘cancel’ here means ‘to cancel out or end (a person’s career) in response to his or her offensive behaviour, action or inaction.’

Ideally, people should be held accountable for their actions. Even in law, offenders are punished for their wrongs to the extent of damages and ruins they have caused.  However, the ordinary man does not have the authority to ‘punish’ another. Such powers have been bestowed on jurisprudence.

Cancel culture is likened to mob justice where the lay man under the pretext of administering justice without trial executes a presumed judgement of total boycott. One too many times, “cancelers” think of their method to be nimble and faster than the justice system. It fails at decoupling the supposed act from the person’s long lived work.

Mob justice refers to a situation in which a large disorganized crowd of people resort to violence and destruction in an attempt to ensure fairness and equity for themselves without recourse to the institutionalized public bodies entrusted with this responsibility.

Cancel culture works along the same lines; someone does something people perceive wrong, then they call out the bad behaviour, boycotting their work (such as by not watching their movies or listening to their music), and try to take away their public platform and power. Often times, the people who are cancelled do not have recourse to explain themselves just as in mob justice.

Mob justice or cancel culture stems from the evident failures of established modes of justice. While this is somewhat true, it must be noted that our social systems and processes are a result of years of social and cultural evolution, and they are still a work in progress. This fact doesn’t annul their importance and make courts and other complaint systems unpopular.

Maybe it would be more effective to seek ways to help people grow than tear them down.

The Role of Social Media in Cancel Culture

Social media isn’t just dissolving our concept of privacy; it encourages public conflict over interpersonal resolution (let alone minding your own business), and it erases the tempering effects of time, distance, or personal growth.

Social media has proven to be an effective tool to give the marginalised a loud voice to be heard and a clear path to be seen but has also brought a far reaching consequence of the court of public opinion to its nadir.

The ‘cancelers’ aren’t merely trying to expand the range of acceptable ideas so that it includes more marginalized voices. ‘They are pressuring mainstream institutions, which serve as society’s idea curators, to adopt a much narrower definition of “reasonable” opinion.’

The Problem with Cancel Culture

Cancel culture does have its place. It allows the masses to call out public figures on problematic statements and actions, and the discussion this facilitates is perhaps the best way to understand the general opinion of fans, and about what is deemed acceptable or too far in contemporary culture.

In a speech in Chicago Obama said, “This idea of purity, and you’re never compromised, and you’re politically woke, and all that stuff—you should get over that quickly… The world is messy. There are ambiguities. People who do really good stuff have flaws.

Taylor Swift also in an interview told Vogue , “When you say someone is cancelled, it’s not a TV show. It’s a human being,” You’re sending mass amounts of messaging to this person to either shut up, disappear, or it could also be perceived as, kill yourself’

At its core, cancel culture is nothing more than a breeding ground for toxicity that hides behind a façade of moral righteousness. Paul Coelho, in his book the Alchemist puts it succinctly, “Everyone seems to have a clear idea of how other people should lead their lives, but none about his or her own”.

Cancel culture promotes a ruthless mob mentality that celebrates intimidation. It exists solely to victimize, not to correct. Seemingly doesn’t aim at getting justice, but to satisfy some form of wrath.  Cancelling also doesn't undo the harm these people have done and doesn't prevent them from doing it again. It leaves all of us with more casualties and here’s why; after one has gone through the brutal cancellation and is found innocent does the person get ‘uncancelled’. No! Just a life full of unjustified scars. These invariably pushes victims to get depressed and harbour harmful thought to the extent of contemplating suicide and other forms of self harm. Then again, what happens to the actual victims? Is calling out the right form of justice?  What about the problem that is deep rooted in society?

People, famous or otherwise, should be held accountable for their actions and speech, but bowing the wishes of the angry Twitter-mob and “cancelling” an individual, is a passing fashion with no lasting consequences. It is not something to be encouraged as a good measure of public expression or of justice. Cancel culture most often than not does not provide any form of remedy for the actual victims who suffered actions or inaction of the person been cancelled.

The next time someone is being cancelled for something they’ve done, look not at the person but at the problem in society that drove them to act in such a way. Then, find a way in your own life to address that issue and counteract it. No matter how small the change is, if everyone does their part, there won’t be a need for social media cancellations.

Trust me, we can do better.

What lies behind us and what lies before us are small matters compared to what lies within us. And when we bring what is within us out into the world, miracles happen. ~ Ralph Waldo Emerson